The Basics of HVAC: How These Advanced Systems Improve Interior Environments 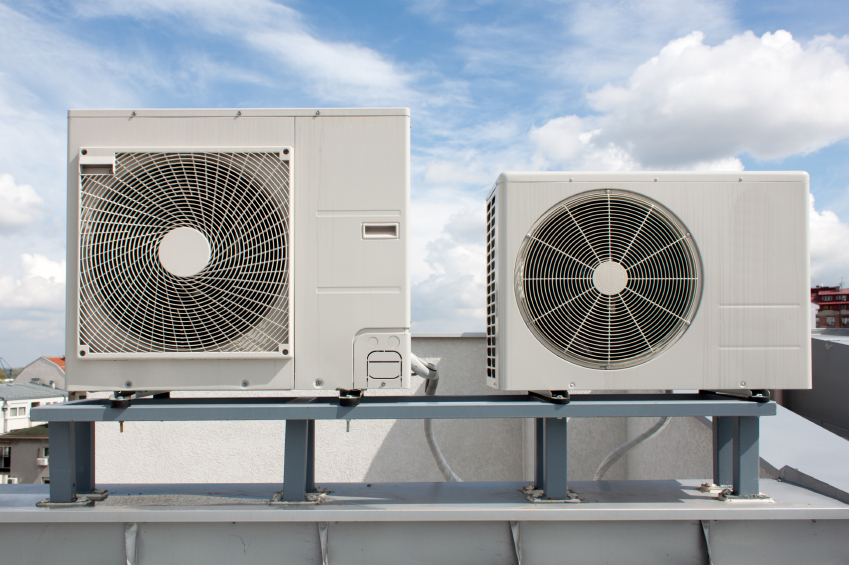 Before 1902, there was no such thing as an air conditioner. The first such devices were invented by a man named Willis Haviland Carrier. He was an electrical engineer and figured out how to get humidity levels lower in buildings. While cooling wasn’t the reason he was carrying out this work, it turned out that his method of blowing exterior air across cold pipes removed humidity from the air, as intended, but also had the effect of cooling off that air.
Today, most businesses and homes have some sort of cooling system. Air conditioners, evaporative coolers, whole-house fans and other options are very widespread and offer advantages and disadvantages in every case.
Over the years, air conditioners have become much more efficient, making them more advantageous all the time. Let’s take a look at what goes on inside an air conditioner and you’ll get an idea of why they’re so desirable as solutions to keeping interior air temperatures down.

Air conditioners are complex systems, but they can be broken down into some simple parts. An infographic put out by Energy.gov does a great job of it, if you want a visual aide.
The air conditioner takes in air from the exterior and runs it through a condenser. This part of the system actually releases the heat that has built up in the interior air. A fan blows air out of the unit, sending the heat from the inside into the exterior environment. Within this part of the system—which is found in the exterior box—there is also a compressor. This compressor takes the refrigerant and moves it between the condenser and the evaporator. This cools off the air inside of the home.
In the home, an evaporator takes the humidity out of the air, and reduces the heat, by way of the refrigerant in the system. The blower blows the air into the home and a filter takes out particles of dust and other contaminants and prevents them from getting into the home.
The refrigerated air is carried through the house by way of ductwork, which must be maintained as leak-free as possible to ensure good function.
The system, when it’s broken into its major components, is easy to understand. The hot air is blown over the evaporator, where it is cooled. That air is distributed to the interior. The air from the interior that is hot is taken out of the space and fanned off into the atmosphere.

It was mentioned at the beginning of the article that the AC units we have today did not come from a desire to cool an interior space but, instead, a need to reduce humidity levels. One of the side benefits of an AC unit is that it can bring down the humidity in wet climates, which makes the interior space easier to endure.
These units can also have the effect of removing particulates from the air with the right filter attached. They have to be cleaned and maintained but, sometimes, flipping on the AC can make a stuffy interior environment seem cleaner and more pleasant, just one side benefit of these advanced machines.
Today’s air conditioners are much more advanced than they were in the past. With older technology, these systems tended to be very inefficient. Today, they’re designed so that they pump out cool air more efficiently and consume less energy cooling it.
Your HVAC system needs maintenance—cleanings, in particular—but it is an advanced, modern piece of equipment, even though the first designs came out more than 100 years ago.
http://home.howstuffworks.com/ac.htm
http://energy.gov/sites/prod/files/2014/06/f16/HomeCooling101.pdf