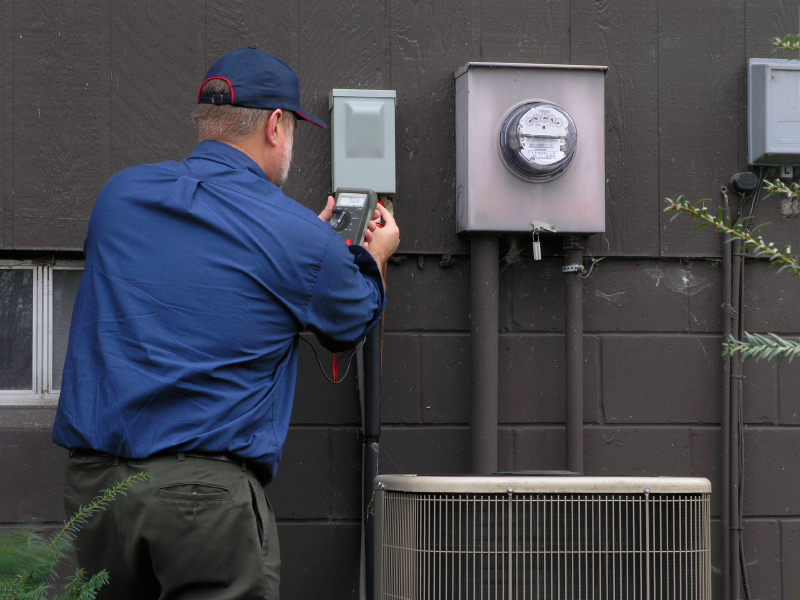 If the AC at your business goes out, or the heat, you’ll want to call a tech right away. Some business owners, however, get lucky enough to stop problems before they require more expensive troubleshooting and repair.
When you do call the HVAC crew in, there’s a pretty common set of steps they’ll take to try to identify and isolate your problem. Here are some of the issues that they deal with quite a lot, and how they fix them.

Your Condenser Is Bad

Like any other mechanical/electrical system, HVAC systems have components that do, after a time, wear out. The condenser sometimes proves to be the issue here.
The HVAC techs will usually look for an electrical problem first. They have solid backgrounds in electrical work and electronics and the tools to test for common issues. They’ll see if the unit has a fault, if the motor has gone bad or if the condenser has simply gotten so dirty that it cannot function correctly any longer.
If the condenser is the problem, the solution might involve nothing more than cleaning it out and getting it up and running. This isn’t always the case, however. In some cases, they may have to fix circuitry or replace fuses. If the part is past its lifespan, they can replace it with another.

Your Unit Hasn’t Been Maintained

If the techs start opening up your HVAC system and see a lot of dust and debris, they’re likely to suspect that the problems start there. The solution may involve cleaning parts like the evaporator, cleaning out the duct work and replacing filters.
These problems are actually good ones to have, as far as such things go, as the HVAC techs can often get everything running again just by cleaning up the unit and making sure it’s not being forced to work too hard, or being prevented from working at all, because of clogs in the system.
If this does turn out to be your problem, getting a maintenance contract with the HVAC company that takes care of it for you is a great idea. The companies can do maintenance on a regular basis, and having it done can go a long way toward preventing these issues in the future. Most of the time, the HVAC company will recommend at least checking the unit out before the beginning of the heating and cooling seasons, which can make sure you don’t start out either on the wrong foot.

Quite often, the problem with an HVAC system will—at least on the surface—seem to be that it’s not getting any power. One of the things you can try in these situations is checking the breakers. If they’re not tripped, turning them off and back on may set the HVAC unit to running again.
You should still call a tech if this happens to work.
HVAC systems draw a lot of power and, particularly if the unit is very modern, it will be complex. The electrical systems in it are nothing for the untrained to try to fix on their own. Aside from the risk of serious injury or death, there’s always the risk that a well-intentioned repair effort could result in even worse damage to the unit.
Have techs handle any problem, even if it seems that you’ve fixed it yourself. Breakers seldom trip without good cause and, by having a tech troubleshoot the unit, you can be sure that it’s not suffering from some much more serious electrical issue that could result in a disaster down the line, or cause other problems.
http://home.howstuffworks.com/home-improvement/heating-and-cooling/how-to-repair-central-air-conditioners2.htm
http://homeguides.sfgate.com/troubleshoot-hvac-problems-malfunctions-38873.html

The Basics of HVAC: How These Advanced Systems Improve Interior Environments » « How HVAC Systems Are Better than Ever